Hopping on the online shopping train

Online shopping has increased in popularity, while retail has decreased

Sophomore Jolie Miller looks up capes on Amazon for the robotics team.

When freshman Charissa Thompson was in fifth grade, she really wanted to buy a Vera Bradley backpack on Black Friday. She had saved her money all year and waited outside of Dillard’s for three hours to get her backpack. When they opened the doors, she sprinted inside, even shoving someone in the rush. Thompson had even gone to Dillard’s the day before to hide the backpack so that she could secure it before anyone else got to it.

“It wasn’t worth the amount I had to wait for it, I never use the backpack anymore,” Thompson said.

Black Friday shopping can be hectic, with all the pushing and shoving and long lines. One trend is to skip the stores and shop online instead. Out of 39 people surveyed, 55 percent said they would shop online this Black Friday.

With the increase in technology coming out, shopping online has become more accessible. According to statista.com, 44 percent of teens prefer using Amazon rather over other online retailer. In the school survey, 83 percent of them said that they use Amazon.

History teacher Erin Foley travelled to Russia this summer, and she was worried that there wouldn’t be certain things there that Americans are already used to. So she went to Amazon and typed in “travel a..” and let Amazon fill it in for her. She ended up buying clothes hangers, a clothesline, a hot water heater, and a coffee press.
“I was the hero in numerous occasions, because people were getting sick and needed hot water, I was able to make hot coffee every morning, and I used the clothesline to dry my clothes since the hotel didn’t have a dryer,” Foley said.

With the rise of online retailers like Amazon, retail stores across the nation have closed. Many of the biggest brands that were popular several years ago, such as Macy’s, Claire’s, and Kmart have been forced to close down some of their stores after losing revenue to online retail. According to Fung Global Retail and Technology, in 2017 alone, over 6,700 stores made plans to close their doors.

“After the Macy’s closed at the Oviedo mall last year, I have no reason to go there anymore. The mall has lost its popularity because they don’t have the high quality stores like the Altamonte or Seminole Towne Center Mall,” Thompson said. 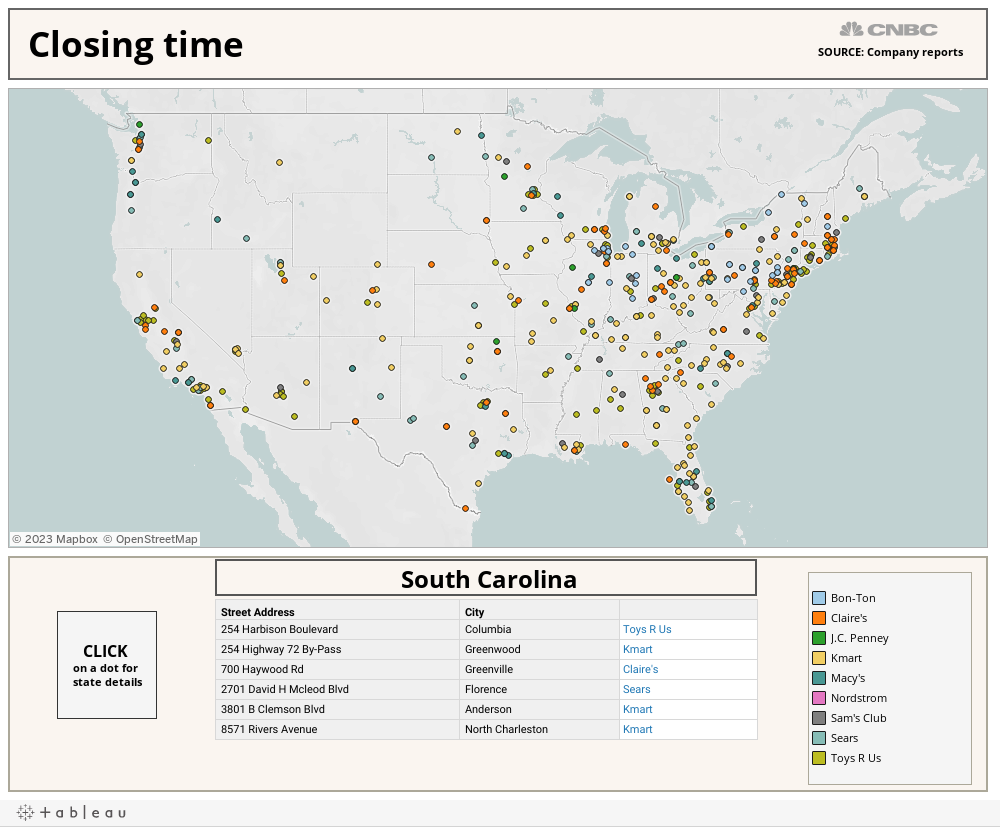 The U.S. Bureau of the Census states that online retail makes up about 9.4 percent of all sales in the retail industry, compared to less than one percent at the end of 1999. In 2017, the revenue made from online e-commerce was $446.8 million, and that number is expected to increase. The most sold items over the internet include electronics, appliances, media, sporting, and hobby goods, according to BI Intelligence.

However, even with the rise of online retail, there are still problems that need to be fixed, especially with clothing. Many people refuse to buy clothing online because of the level of uncertainty that comes with it. Sometimes, the size is not correct, being either way too big or way too small, or what actually comes in does not look like what the picture online showed at all. Not only does this happen with clothing, but it also happens with other items like accessories online. Sophomore Mizbah Ateeq has had trouble with an online purchase.

“I once ordered a necklace online and when it came, it looked nothing like what I expected it to. It looked so much better online and it felt like I was being ripped off,” Ateeq said.
Buying things in-store allows for people to be able to try on clothes and see how something actually looks in real life, rather than looking at an image on the internet. However, many teenagers use a combination of both. In fact, 48 percent of people said that they prefer shopping both online and in-store.

“If you have a lot of time and you’re looking for something special, in store is better because you can try things on and see how it looks in person. However, online shopping is easier, more convenient and usually cheaper,” sophomore Meg Carlson said.